Bagman Rescues Me From Depressive Blogging


So it is suitably dark and dreary in the old Brownstone where and I sit glumly preparing our series of blogs about death after turning turning down the HVAC and lights to get ourselves in the proper mood of desolation. “Shall we start with denial?” asks , affecting a Boris Karloff accent?

But before I can answer, the door crashes open, shafts of light from the dawn shooting everywhere, and Bagman explodes in on us, sending computer and keyboard flying off the desk with one sweep of his large arm. Simultaneously, he throws a sheaf of emails into the air where they flutter through the room like confetti on steroids.

BAGMAN: You will NOT do this series!

and I are open mouthed but speechless, perfectly personifying the definition of agog.

BAGMAN: Haven’t you read what your readers are thinking?! Most of them are planning on skipping your next five blogs!

: Well, of course. We were starting with denial and this is a good example of…

BAGMAN: Don’t you remember who you are?! Look! (He starts posting embarrassing photographs of myself). Write about life! Look at how alive you are! 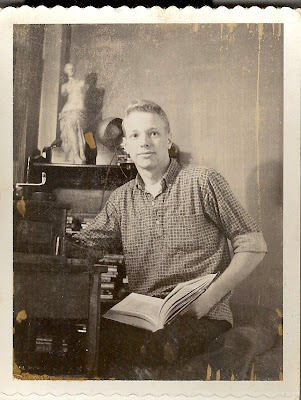 “Were,” I correct him. “I took that one 45 years ago using a string attached to the trigger of a Brownie camera!”

BAGMAN: How about these! 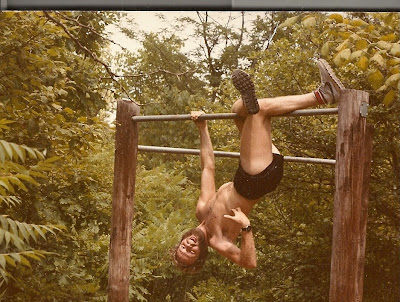 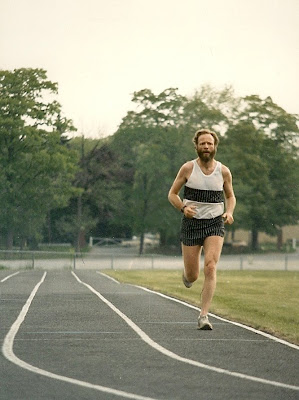 BAGMAN: “Then how about this one!

I'm feeling embarrassed but Bagman's ego has no problem plastering pictures of himself (or me). But I'm still protesting - "Those were taken 25 years ago!" 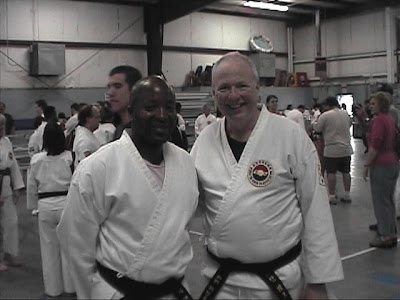 BAGMAN: Then how about this one! Less than three years ago! Why are you babbling on about death? You’re a black belt in Tae Kwon Do for God’s sake! Doesn’t that mean anything to you?!”

“But I stopped going to workouts after that,” I protest.

I wasn’t lazy! I got too busy to do martial arts four times a week,” I continue protesting.

Butler regains his composure and steps forward assertively, beginning to make a comment about our reflexes getting too slow, when Bagman spins on him, and punches him cleanly in the nose, controlling the punch perfectly so that it to puts him on the floor in pain but does not break the septum or even draw blood.

Bagman then turns to me and begins spewing poetry in an Irish accent: “Rage! Rage! Against the dying of the light!”

, tears of pain in his eyes, mutters something under his breath about the fact we were going to discuss anger in the fourth or fifth blogs of the series but he shuts up under Bagman’s glare.

(whining): But what about our blog series on death?

BAGMAN: Here’s your freaking series! One of your Australian goddesses already wrote it. Death sucks. End of series. Now let’s go get sweaty.

“Maybe we could blog about eating doughnuts, instead?” I ask hopefully.

Posted by Bagman and Butler at 6:43 AM