First Measureable Snow in Charleston in over 10 years

Yes, after feeling so superior this week...watch all the heavy snow around the Country.  We actually got two inches in Charlston last night.  In fact, I heard on National Public Radio that Google Earth was trying to get pictures to show it was the first time ever that there was some snow in all 50 States.  They knew there was snow in the 49...but were trying to see if there was any snow in a shadowed spot on some mountain in Hawaii... 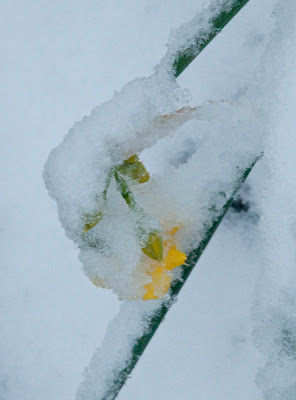 Anyhow, Conner got see snow for the first time. 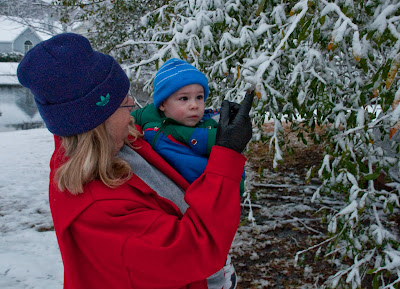 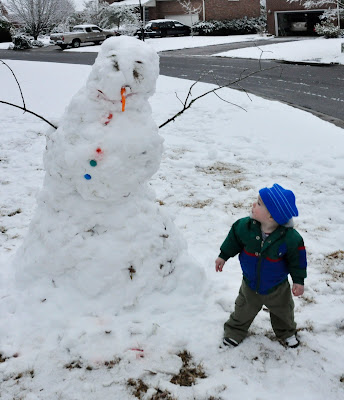 Not the prettiest snowman in the world.
BUTLER: "I think it looks just like Bagman."
Bagman hits Butler with a snowball. 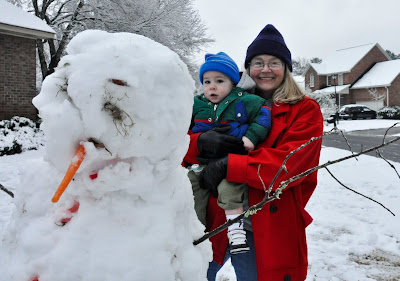 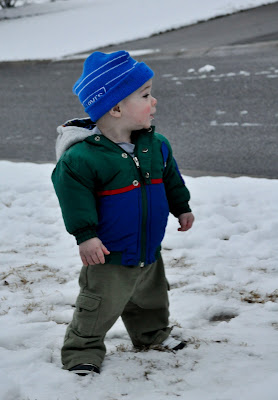 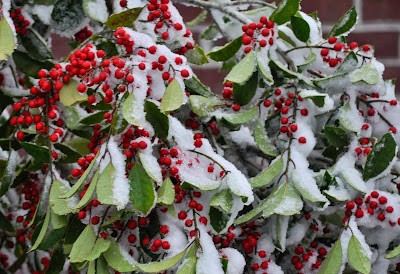