This is scheduled to be posted...I'm not actually here!

I keep learning new things about Blogspot. A few weeks ago, somebody mentioned scheduling a post for when they were going to be away and I discovered the scheduling function. ! Having become compulsive about this, I’ve found a way to give myself a break from time to time. I can schedule a blog, like this one that will magically appear when I’m who-knows-where doing who-knows-what.

I can give myself a cushion!

Wait a doggone minute!! A somewhat macabre thought just hit my overactive and somewhat warped imagination. What if, toward the end of my life (assuming I had some warning), I scheduled a series of blogs to appear after I was dead. Wouldn't that be a hoot?! 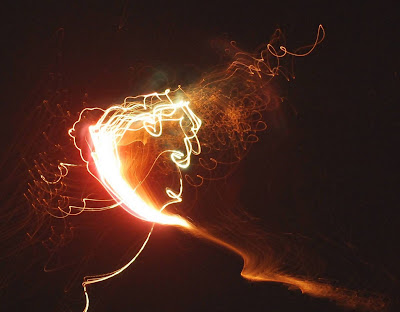 1. Scheduled to run the day after the funeral: " I’m really enjoying reading the blogs of all the people I’ve been following and sorry I can’t make comments any more but my fingers seem to pass through the keys when I try to type. But I’ve appreciated all the wonderful things people have said about me on my unfortunate passing. I wish they had all be true. You might be interested to know that I was actually given the option by the intake angels to view my funeral. Many people, they say, don’t take that option because they are either bothered by seeing loved ones cry or unwilling to listen to what people might be saying in the back rows. is busy trying to understand how the principles of physics apply to the additional dimensions that have suddenly been added to the basic three we lived in for so long. Bagman is simply trying to figure out how to control his viewpoint without gravity, inertia, or substance so he get into positions to look down the blouses of women. says that the vaulted ceilings of churches seem to help souls get around without bodies and the really large cathedrals apparently do this better than modest country churches. How did the architects figure this out in the 16th Century? But that’s a topic for a future blog.

2. To be scheduled a week later: "Bagman, , and I just arrived in purgatory. We’re still a little shaken and confused from the trip but the place resembles a combination of the stage setting for Waiting for Godot and a subway station after . Although we don’t appear to have flesh and blood stomachs, we are still hungry and trying to figure out how to buy hotdogs as soon as we understand currency in this place. is trying to estimate how long we’ll have to wait here but Bagman is really worried about his interview with St. Peter. He’s working hard on rationalizations. At the same time, he still won’t change his basic personality. Maybe he can’t. The other day an angel passed through handing out instructional flyers and Bagman tried to look up her robes. He got a slap from a large wing for his efforts." 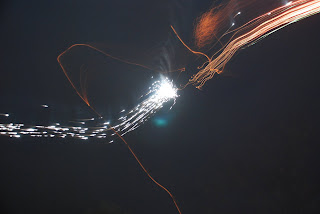 3. A little later: "Well, here we are, at last, at the Pearly Gates, although they are neither pearl-like nor actual gates. It is hard to explain this if you’ve never seen it because it’s not so much a thing. It’s more like a kind of mashed potato like confluence of mathematical equations and music as it might be perceived through the sense of smell. I told you it was hard to explain. I’m beginning to understand that the use of words has not been an asset to the human race and, in fact, has been part of its downfall. , always one for research, asked one of the lesser angels operating the “take a number machine” about this and the creature (a little less human in appearance than I had expected) just grunted and said, “Ask Adam if you see him. He’s the one who started it.” I’m not sure how long it will take before we get to see St. Peter. The line goes almost to . But we’re in no hurry. We’re not going anywhere. “Or maybe we are,” groans Bagman. He’s been very depressed since they turned off the life support."


4. A few months later: "Sorry I haven’t posted a blog in the last couple of days. But we’re now next in line! We’ve worked out our strategy. and I are going to do all the talking. We are going to try and convince St. Peter that we are all part of a united team and that Bagman’s foolish and insensitive obsession with things of the flesh was, in fact, an attempt to help us connect more closely with people so that we could inspire them in a more spiritual way. It’s a risk. Bagman thinks we should just leave him behind and go on without him. But we took a vote and decided we would hang together or hang separately. We’re worried about Bagman. He can’t look anybody in the eye. I describe it that way, but there aren’t really such things as actual eyes anymore. Did I mention this is hard to explain." 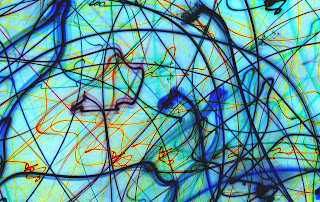 5. Scheduled for anniversary date of funeral: "We made it! And in a most miraculous way! It turns out that St. Peter took an immediate shine to Bagman. In this case, shine is a good word because everything got really shiny, like a rainbow seen through a kaleidoscope. The interview wasn’t a question and answer session at all but much more like a whirlwind of feelings flying around each other – grief, love, humor, rage, desire, depression, elation – moving in and out of each other like colors combining to form white. It turned out that was the real problem because he resisted it and tried to start quoting Martin Luther and Kierkegaard. Fortunately that just made St. Peter laugh and he waved us in saying something about Jesus having already made reservations for us. I’m going to cut this short now because we’re all really hungry which still confuses us because we don’t seem to have stomachs. But before I close, I want to mention to all you dog lovers down there that since words seem to count for nothing here, dogs are quite exalted. In fact, there were all kinds of animals in line and we had to save a place for a large mangledorper that had left one of its frimjabs in purgatory. Oh, didn’t I mention that we share heaven with beings from the rest of the universe. Earth really isn’t the center of everything, I’m learning. Although with all these other dimensions, the concept of an actual center is kind of meaningless too. As, I said, it’s kind of hard to explain. You have to see it for yourself. Fortunately (or unfortunately), you will certainly get the chance sometime.

Hopefully not too soon. "

Posted by Bagman and Butler at 2:30 AM