Although , is a restaurateur’s paradise, I have no photos of them to share. Despite the image of a bon vivant that I present by posting exciting photographs from decades ago when I actually had a life, I hardly ever eat out. At the end of this blog, however, I will post a photograph or two of my refrigerator and pantry which are the best this town has to offer! Come on down!. 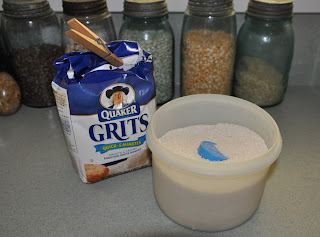 But first, in the spirit of the hometown foods theme, I would be remiss if I did not post a dissertation on GRITS.

As everyone who has received a tourist T-Shirt from the South knows, GRITS stands for “Girls Raised In the South.” Bagman is hoping that Reggie Girl, who surely must own at least one of these T-shirts, will provide photographic evidence.

However, the “Girls Raised in the South” acronym was a new learning experience for me, coming from where I always thought that GRITS stood for “Glucose Rich Icky Tasting Stuff”. 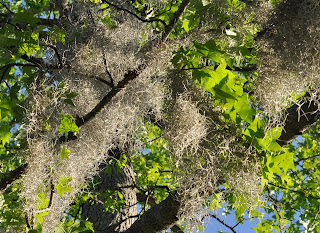 But I am not really as negative about grits as I sound. When I first proposed to a “girl raised in the south” and was being traditionally paraded before her mother and the esteemed tribunal of aunts, they all insisted on feeding me grits. It is a kind of ritual or test which Northerners must pass before being allowed to marry into the family.

Determined not merely to survive but to thrive, I soon taught myself to make grits on my own. I’m proud to say that my personal secret recipe has gained me, after 22 years the reputation for being the family’s premier grits gourmet. Either that or they are just happy to have someone else get up and make breakfast for a change.

But today, I will, for the first, time reveal my secret grits recipe:

Mix one cup of grits and three cups of water and a tablespoon of milk in a bowl. Microwave it on high for eight minutes. Add three sticks of butter and a pound of American cheese. Place it back in the microwave for three more minutes. Check for consistency. If it is too thick, add milk. If it is two thin, add more butter and cheese. Note: If you want to cut down on cooking time, the cup of grits is optional.

As you may have noticed from the photograph, I tend to favor grits made by Quaker. If you are not from the South, you probably know that Quaker also makes oatmeal. These two products have led to Quaker’s famous advertising slogan: “We make food with no taste for people with no teeth.”

But since this is a photo shootout instead of a scholarly dissertation, I’ll finish up with pictures of

where I usually obtain the best food in

And one of the world renown pantries of Charleston...actually Mt. Pleasant. 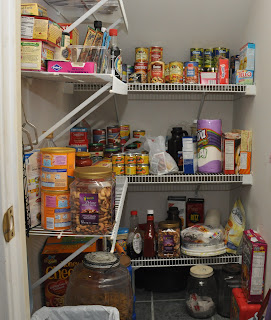 And finally there are strawberries. This coming weekend is the annual Mt. Pleasant Boone Hall Plantation Strawberry festival (next door to my Subdivision) which would have produced more pictures if this shoot-out were next week instead of this week. Although I will not actually be going to it now since Brian and Melody are having a yard sale on Saturday and will require muscle, which we all know Bagman and Butler have in copious amounts even though I myself am the one who has to take aspirin afterwards.

Also this weekend about 20 miles away is the Low Country Grits Festival which I will also be unable to attend but next year plan to make it. The big event is the Grits Diving contest in which kids leap into a huge vat of grits (with insufficient butter and cheese, I'm sure) and the winner is the person who can climb out with the most gook sticking to their body based on being weighed before and after the dive. Stay tuned for photos next year.