Father and Son (Or Son and Grandson) depending on whose wall this will hang on. I've still got to match the colors a bit and cut the mattes so I can put these side by side in the same frame. Brian is on the left, Connor is on the right. Why was I not surprised that Karen has been saving Brian's first quilt and some of his first baby clothes all these years? Anyhow I know I'll have to do more than one double frame of these...one for Brian and Melody, one for Karen (maybe two since she wants one for work)... 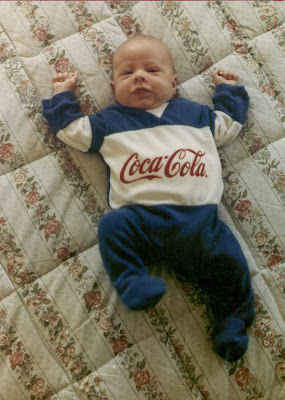 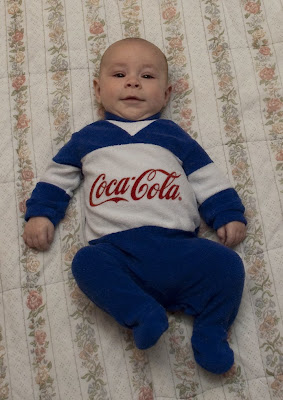 Speaking of related portrait images, below are brothers, Barclay and Will, sons of a close friend. (Karen's best friend since kindergarten actually). Karen found a matched set of frames in an antique store (one is shown)...made these a Christmas present which succeeded in eliciting tears which is usually the sign of a good Christmas gift. 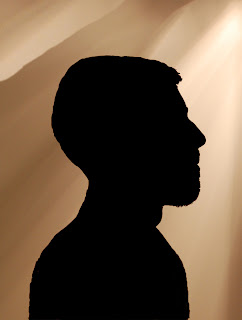 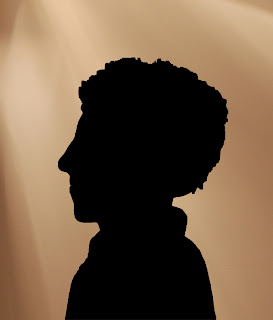 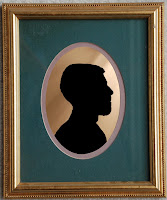 To anticipate the "How do you do that?" question -- it was really a simple job to do shoot their profiles against a plain background ( used a blue sky for these), use photoshop or similar program to cut out the head shape, fill it with black, paste it back on another background -- in this case I used blurred shadows from a rotating ceiling fan. Doesn't everyone go around taking pictures of the shadows of their ceiling fans?

I should probably stop here and keep this themed as portraiture...but I didn't and there are no rules and what the heck and I need to finish this and go to work, darn it. Son onto just some miscellaneous stuff I uploaded earlier for no explainable reason.

Something old -- From my project of scanning old slides and negatives comes this antique piece from 1974...dirt specks, scratches, chemical decomposition on the slide from being stored in various sheds...University of Wisconsin college art projects. When I was there working with a professor of nursing on a textbook -- one of my past lives (developmental book editor) -- At one point there had been Liberty's Head but the night before I arrived a competing fraternity or art student had burned it down. I wish I had been there to shoot the fire -- Flaming Liberty Head on ice at night? 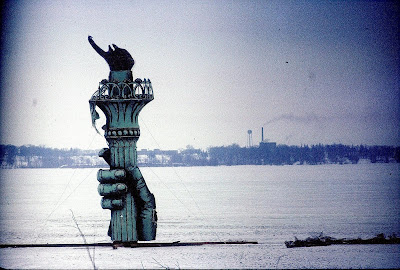 Next is a shot in Bluffton near Beaufort, SC toward dusk. 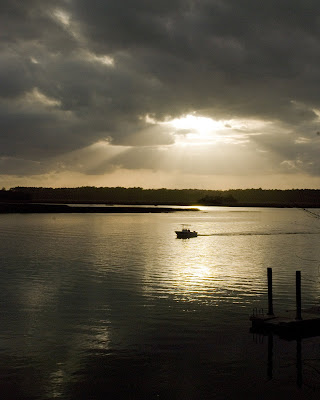 Below...heck...Why am I acting like a tour guide and suddenly feeling like I need to write long introductions about each picture? Sometimes I think my fingers are just addicted to typing. Like I would die if my fingers didn't get to click on a keyboard incessantly. Like the old horror movie about the disembodied hands . Or am I thinking of the Munsters? 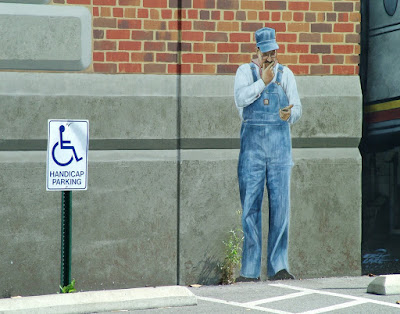 Oh, I should mention that after all last week's brouhaha about Butler's inability to take photos by himself, Butlet and I did find one image in the camera he gave us back...so he seems to have taken at least one so I should post it below: 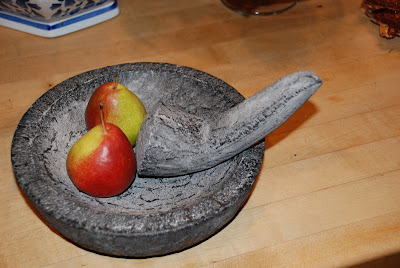 And so endeth the unthemed Friday shootout -- do not go gentle into that gray fog. 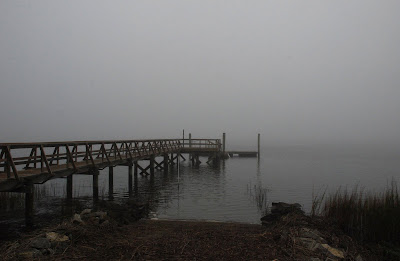 Does someone have a theme for next week?
Posted by Bagman and Butler at 4:15 AM