About to wage another war on fat

I am staring at the bathroom scale. 235 pounds! The cooking oil rich kingdom of Carbo Calorie-Azad has struck again -- with insidious subtlety.

Once again, my 200 pound body has been invaded and occupied by the additional, unwanted 35 enemy pounds. Not just any 35 pounds. These are the exact same 35 pounds that I’ve driven from my borders over and over since I turned 40. It’s like the Middle East except is my Middle. How do these 35 enemy combatant pounds keep infiltrating my defense systems.

My intelligence tells me that they come in three strategic waves. 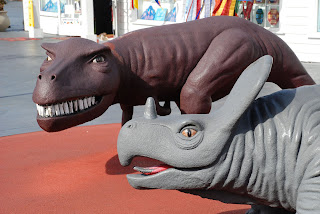 WAVE ONE
Pounds 201-207 are the special ops advance scouts. Platoons 201 and 202 slip in under cover of a seemingly innocuous second helping of cereal or occasional purchase of a jar of mixed nuts. Stealth Squads 203, 204, and 205 dress in the uniforms of “nutrition bars,” arriving at my border with identification papers that show what appears to be a reasonably low number of trans-fats, calories, etc. My border guards, having been confused by these ingredients labels, are now easy pickings for 206 and 207 who begin smuggling in bigger weapons in cartons of ice cream that they camouflage with the words “Light” and “Reduced Calories”.

By then my border defenses are down, their tongues lolling on their sweet tooths.

It would still be fairly easy for my Central Command to drive the advance scouts out but my brain is not yet aware of the threat. My clothes still fit. The radar installations of my eyes can’t yet detect the tiny expansions around my chin, neck, waist, where the enemy digs in and prepares to call in advance artillery. I look in the mirror. I still look good. Preening and self-righteous, I don’t notice my security guard quietly slipping out the service entrance.

WAVE TWO
Pounds 208-220 are the heavy artillery and air strikes called in to soften me up. Even my preening Central Command mind can’t fail to miss them. The first barrage is an unexpected Friday night decision to treat myself to pizza just before bedtime. The next morning, bloated, I hold a council of war. But Artillery Pounds are strategic. Their guns go silent for a few days, while the nutrition bars continue chipping away, even risking an occasional Baby Ruth or scattering of M&M’s. My guard down again, I suffer another incoming bombardment at an All You Can Eat Seafood buffet.

By now, I’m clearly aware that the war machine of dictator Calorie-Azad is on the move. My pants still fit but they are tight. Getting ready for work, I have to pick my dress shirts more carefully since some of them begin to show a little stretching around the third and forth buttons.

My Central Command Brain knows the threat but there is now debate and discord among the junior officers of Willpower Battalion. Maybe we can negotiate a truce. Instead of going to war against Pounds 201-216 which have already crossed the border, we can let them have the territory they have gained as long as they don’t take any more. After all, the bulge in my dress shirts can be hidden by my ties, even though buttoning the top collar button is a little challenging.

Prime Minister Carbo Calorie-Azad quickly agrees. I can stay at 220 pounds and keep my wardrobe, uncomfortable as it is. In return, he will agree to feed me no more than one bowl of ice cream a night, two nutrition bars and one candy bar a day, and no more than two – maybe three – pizza’s a week.

WAVE THREE
Pounds 220-233 are the ground forces, tanks and armored personnel carriers that pour across the border in waves. They take advantage of the supply lines from grocery stores that have been set up without me knowing it. Too late, Central Command realizes that the coup has taken place again and my defending army has thrown down its weapons and sworn allegiance to the other side.

I try to dress for work and I can’t button my collar at all and my tie is askew, not to mention that it has stains on it from pizza sauce. I only have two pairs of dress pants that I even attempt to put on, the rest are pushed back in the closet. Looking like a slob, I go to the kitchen, open the pantry and am buried by an avalanche of cookies and doughnuts. 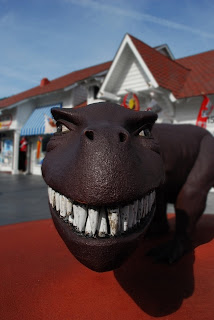 I turn around and there stands Pound 234, the infamous Little Debbie. She sits in my very oval office and grins derisively at me.

Vowing death before surrender, I race as fast as my thighs, which now rub against each other, will allow, down to the barracks where the few remaining troops of Willpower Battalion still swear allegiance to me. “No more all-volunteer army,” I announce. “We have to reinstitute the draft! But first we will do sit-ups!”

We all groan and lie down to begin yet another war to liberate my Middle. It will be a long, hard conflict but we know we will win in the end. The gods of exercise and diet are on our side!

And next time we will try and have border guards who are more vigilante about nutrition bars.
Posted by Bagman and Butler at 5:00 AM