I got away from blogging this week. Sort of. I think I skipped maybe two days. And am still not sure about the Photo Shootout thing...I'm pretty sure the theme is cemeteries. I think I know a few of the people who do it. Patty at Chrisfield, Maryland, Reggie Girl at Midlife, Menopause, mistakes and random stuff, and Barry at An Explorer's View of Life, (Butler says this was a very poorly timed theme, Barry, and understands if you don't post anything. Bagman, of course, thinks God has a warped sense of humor like himself). I also just learned of several other Shooter-outers - I hope I link them correctly: GingerV, Half Crazy, J9, Jen, Loida, and Sarah Paige. 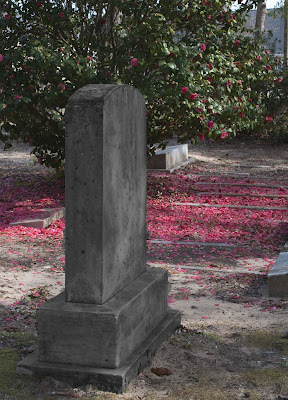 And last time, I missed the underlying idea that these Friday shootouts gave us a chance to showcase our home towns, and posted stuff from all over and from different years. This time I took the effort to shoot in Charleston, SC. Well, Mt. Pleasant, which is near Charleston. 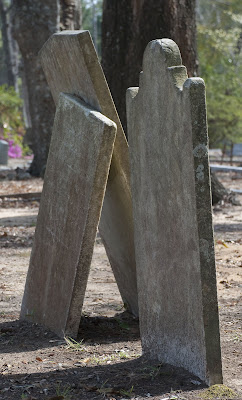 These are from the little cemetery behind an old church where I attend A.A. meetings. I go other places but this is where I call my home group. Not the cemetery. The church. 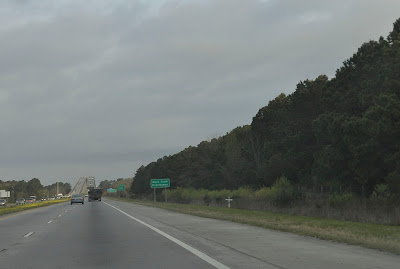 The fuzzy one above, I took during a wild period where Bagman insisted on shooting pictures from a moving car...yesterday's blog. But I save this one for today because...just because. This is I-526 going out of Mt. Pleasant. I ride it regularly and the little cross by the side of the road probably doesn't meet the rigid definition of a cemetary. But it is one of the hundreds of little cross memorials that people put up beside highways. You can't read it but it says "Jerry Ramos" and I always wonder who he was. And I always throw out a short prayer for him and his family when I pass.

Thank you, Patty, for saying (when I cheated last time) that home is where the camera is, because I can't resist posting some older, more distant cemetary shots as well: 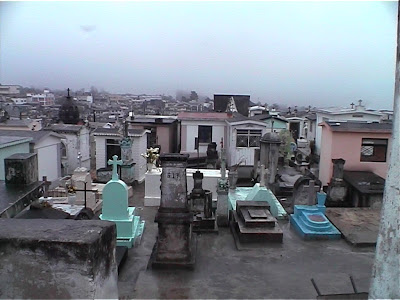 This was in a place I wrote down as Tzuitlan, Mexico, somewhere in the State of Veracruz. I wish I had been carrying a camera but I only had a video camera and stills are poor from it. My wife and I had thought we could get from Jalapa to El Tajin in one afternoon and ended up at dusk in the mountains, lost, looking for a hotel or anything resembling a hotel in a large market town that had clearly not based its economy on the tourist trade. I kind of liked it but Karen wasn't too happy. Driving out the next morning in more drizzle, I saw this cemetary and stopped, shooting stills on a movie camera, wishing for a real camera and hearing a voice from the car, "Mark! Are you going to be all day?"

At least I had a still camera in Italy when we ran into the church cemetery (below) near Florence. 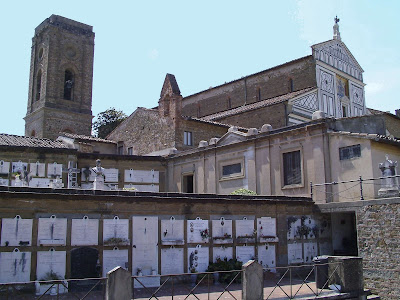 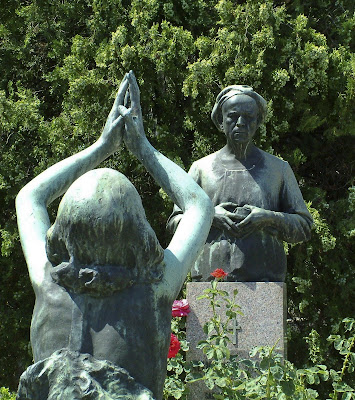 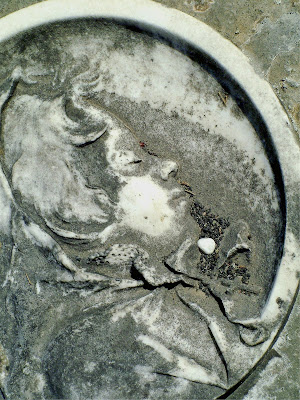 Haves and have nots. Maybe just waiting for the work to be done, or maybe the money just wasn't there for the Salerno family. Unlike some of the ones below... 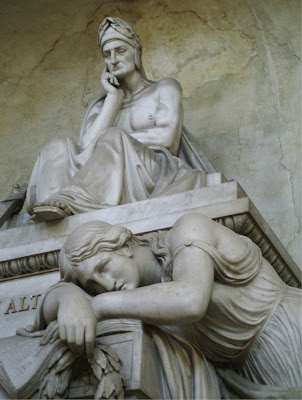 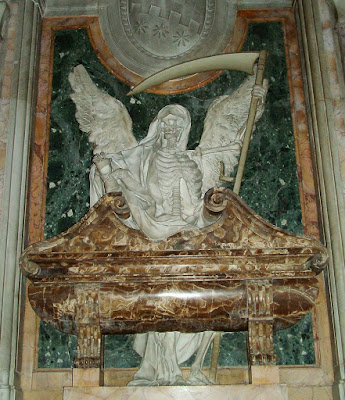 I think this was in the Vatican but I was bad at documenting. I was shooting about 800 shots a day over three weeks. Unlike being lost and hungry in a rain, Karen was much more patient with me in Italy. But she was still not about to stand around with a notebook recording locations of shots for me. Mostly she was shopping, which gave me a chance to practice patience too. She'd dart into a shop and I'd say I was heading over to a church or some other place of visual interest. "Just don't lose me," she say. Thankfully, I never did. 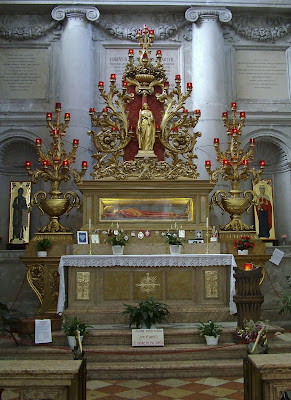 This was in a download folder called Venice Day 1...but it could also have been in Sienna from the day before. The photo below was from the same folder and I know it was from Sienna. 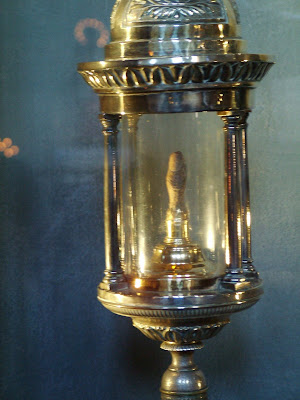 The finger of a saint 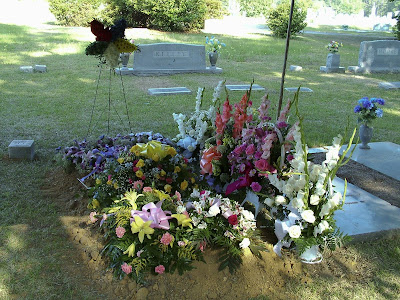 And another saint (getting back to my hometown...or a sort of hometown) -- my mother-in-law returning to her roots in Vidalia, Georgia.
Posted by Bagman and Butler at 3:00 AM